Rise From The Ashes

People love a guy who rises from the ashes.  Remember that.

If you haven’t seen The Count of Monte Cristo, stop reading and go watch it immediately.  If you’re ok with some spoilers on this 2002 film, then proceed.

I stumbled across this movie on TV this afternoon and watched the whole thing.  It inspired me to put pen to paper.  I’m going to summarize the story quickly then discuss its relevance to my/your/our lives.

Jim Caviezel plays Edmond Dantès, a french man working on a merchant ship.  Dantès is a humble, class-act – his actions reflect his morals and integrity from the first scene of the movie. Dantès’ best friend, Fernand Mondego, is really no best friend at all.  He is an evil, jealous person who frames Dantès of treason, has him locked up for life and swoops his girl after forging a letter that says Dantès has been executed. 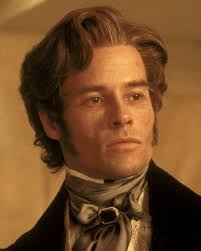 Sent to Chateau d’if prison and locked in solitary confinement, Dantès maintains hope for several years through his faith in God.  The inscription on his cell wall causes Dantès to rethink his suicide mid-effort when he reads it while beginning to hang himself. Unsurprisingly, the isolation and despair take over Dantès and he denounces God.  However, during this time he is fortunate to gain a companion.  A fellow prisoner ends up in Dantès’ cell after spending years digging in the wrong direction. The wise priest serves as a mentor to Dantès as the two spend many years together digging toward freedom.  The priest teaches Dantès to read and write but more importantly to become excellent with a sword.

Dantès displays his courage and selflessness yet again when he crawls back into a collapsing tunnel in an attempt to save the priest’s life.  In a bittersweet moment, Dantès sees his path to freedom as he escapes Chateau d’if prison through the priest’s body bag.

After washing up on shore, Dantès joins a crew of pirates. 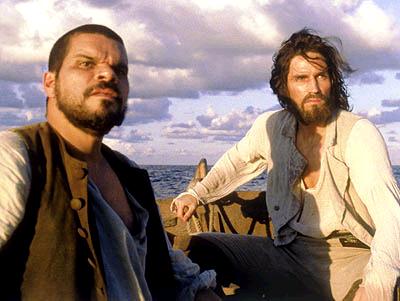 I’ll spare further details because this is starting to feel like a 6th grade book report.  But after escaping, Dantès rebuilds his life – he redefines himself.  Dantès enters the upper-class social scene in Paris as “The Count of Monte Cristo” and goes on to gain vengeance on every person involved in his wrongful prosecution.  Gets his girl back.  And kills Mondego. He also gives a solid toast:

Edmond Dantès rises from the ashes.  He is starved, viciously beaten and locked away for life.  His freedom is ripped away forever.  His best friend committed the ultimate betrayal.  His love quickly forgot about him.  And worst of all, hope,

a feeling or belief about the future that can create happiness in the most dire of circumstances,

is taken away from Dantès.  His reality is that he will DIE ALONE in solitary confinement at Chateau d’if.

“How did I escape?  With difficulty.  How did I plan this moment?  With pleasure.”

Don’t be fooled by the simplistic nature of the words “difficulty” and “pleasure”.  Dantès worked his ass off for 13 years to arrive at that moment.  He had a vision.  He set goals.  And thru every action he took, every single day, he moved closer to the moment captured above.

How does this apply to me?

If you’re beaten down, know that your future is in your control.  This is a luxury that Dantès lacked.  There are no prison walls standing between you and your greatness.  You can change who you are and what you do tomorrow.  Your next action is your decision.

If you lost your job, if you face insurmountable debt, if your girl left you, if you’ve been robbed, abused, abandoned, doubted, shamed, hated, cheated or ignored.. KNOW THAT YOUR NEXT ACTION IS WITHIN YOUR CONTROL.

Where you are and how you feel today is temporary.  It is irrelevant.  It is unrelated to where you are going.

If you hate your job, start a side hustle.  Cut out the onslaught of evening sitcoms you watch and start making productive moves.

You had big dreams as a kid.. are you living them?

Or are you watching others live their dreams on a glowing rectangle in your living room?

If you are fat, scrawny or generally unhappy with your appearance, start lifting weights and eating reasonably.  Start NOW.  I cannot exaggerate the positive impact a healthy regimen will have on your confidence and happiness.  It is life-changing.

Go do something that makes you happy.  Chase your passion.  I have friends chasing big dreams:

You are free to do whatever you want.  Remember that.  No matter how badly life is beating you down, know that you control your own destiny.